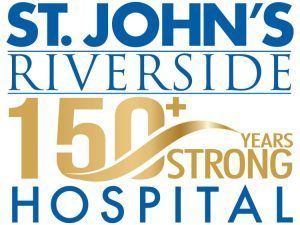 St. John’s Riverside Hospital opened its doors as Westchester’s first hospital in 1869. At that time, approximately 14,000 residents called Yonkers their home when a small, dedicated committee of women from St. John’s Episcopal Church opened the St. John’s Invalid Home on Warburton and Ashburton Avenues to care for the poor of the parish in their time of sickness and misfortune. Officially incorporated as a charitable institution in early 1870, St. John’s became the first hospital in Westchester County.

Demand increased quickly and the fledgling institution responded. Later, in 1870, St. John’s moved to the Grove House on Woodworth Avenue and Locust Street to accommodate 30 beds. In 1894, William and Eva Cochran donated buildings on Ashburton Avenue, from Palisade Avenue to North Broadway which further increased the capacity to 100 beds.

Cochran was the first nursing school in Westchester County and among the first in the nation.

In 1896 the Cochran School graduated its first class. They were the first nursing school graduates in Westchester County and among the first in the nation. Today, more than 100 years later, we continue to offer one of the largest hospital-based nursing schools in the metropolitan region. That is the main reason why, during an era of chronic nursing shortages, St. John’s can fill its nursing positions.

In 1959, with help from the Andrus family and the Surdna Foundation, St. John’s developed and built its present 14-story, 273-bed Andrus Pavilion’ on North Broadway, which offered the most comprehensive healthcare services available.

It was a revolutionary advancement in first aid when St. John’s introduced Westchester’s first motorized ambulance in 1918. Today we continue to deliver cutting-edge technology as Westchester’s leader in quality health care. St. John’s was the first hospital in the greater New York metropolitan area to perform the ABBI breast biopsy procedure. We were the first to use a new, genetically engineered treatment for heart attack victims to prevent permanent heart damage. To better meet a community need, we recently renovated and expanded our emergency department and re-dedicated it in honor of Iris and the late Marty Walshin, whose contributions to the St. John’s community are immeasurable. Newborns at St. John’s also benefit from the construction of our brand new high-tech nursery.

In 1994, St. John’s Riverside Hospital affiliated with Yonkers General Hospital officially merged in 2001 and is now known as the ParkCare Pavilion. We renovated the existing building and constructed the ParkCare Health Center, which is an outpatient primary and specialty care center. The Behavioral Health Services Department, Westchester’s largest provider of alcoholism and substance abuse services is also head-quartered at the ParkCare Pavilion.

Also in 2001, we opened the Michael N. Malotz Skilled Nursing Pavilion, 120-bed skilled nursing, and rehabilitation facility that additionally accommodates ventilator patients. Construction of the nursing home began in 1999 after a long-focused effort of working with our community leaders, environmental groups, and the City of Yonkers.

The history of the Community Hospital at Dobbs Ferry is a proud story of how concerned citizens worked together to provide modern health and life-saving services for their families, neighbors, and friends.

Beginning in 1893 when, thanks to the effort and monetary support of Anne Langdon, the first Hospital at Dobbs Ferry was built. It had only four beds-­ three for adults and one for a child. There were one doctor, one nurse, and a small stable for the horse-drawn emergency carriage.

It wasn’t long before the community’s needs outgrew the small hospital.

In 1899, a Hospital Association was formed comprised of outstanding local citizens with such familiar names as Villard, Masters, Brown, McComb, Judson, and Gould, who sought donations to support the expansion of the Hospital.

By 1903, the Hospital had a new home with 20 medical, surgical and obstetrical beds, an operating room, a sizable medical staff, and a Governing Board to look out for its future. New wings were built in 1922 and 1952. Before long the Hospital had grown to 50 patient beds, an emergency room, laboratory and radiology departments, an active operating room, pharmacy, and all the necessary support services.

By the early 1970s, Hospital Trustees, Medical Staff, Administration, Employees, and Volunteers worked long and hard with a large group of committed citizens and a succession of dedicated specialists to plan a Community Hospital. Those many years of planning came to fruition in 1984 when financing was approved for the construction of a new $15 million state-of-the-art Community Hospital at Dobbs Ferry.

Construction was completed in early 1987, and the new Community Hospital officially opened its doors in June of that year. The new building featured 50 inpatient beds, three operating rooms, a seven-bay emergency center, ambulatory surgery unit, a computerized diagnostic library, radiology services, and an intensive care unit containing the most advanced cardiac monitoring and life-support systems. But there’s more to building a great community hospital than just bricks and mortar. The new Hospital conducted a hospital-wide quality enhancement review that resulted in significant changes in personnel, policies, and practices. Attracted by the Hospital’s commitment to a new era of quality health care, more than 100 physicians, many of them associated with major medical institutions, applied to join the Hospital’s medical staff. It was truly the start of a new era for the Hospital ­ new building, new equipment, new services, new doctors, new professional staff, new Quality Assurance programs, and a new commitment to providing the community with the finest in health care services. In 2002, St. John’s bought the buildings and property of Community Hospital at Dobbs Ferry and under a management contract, the smallest hospital in Westchester thrived. New programs and services were offered and many new physicians joined the medical staff. In late, 2006, Community Hospital at Dobbs Ferry was named on the Berger Commission’s Closure List (New York State). After a huge public outcry and eighteen months of battling the order, Community Hospital was saved. On April 1, 2009, it officially became the Dobbs Ferry Pavilion of St. John’s Riverside Hospital, preserving its outstanding emergency services and the other medical and surgical programs that the community had come to depend on.

For more than 150 years St. John’s Riverside Hospital has strived to thoroughly fulfill its commitment to the residents of the City of Yonkers and southern Westchester, continuing a tradition of providing multi-generational care to families.

WE ARE COMMUNITY STRONG

JOIN OUR TEAM | EVENTS | WATCH OUR VIDEOS | IN THE NEWS | SUPPORT ST. JOHN’S